Suggsverse Wiki
Register
Don't have an account?
Sign In
Advertisement
in: Characters, Guidepost to Tomorrow, Pharos of the End

August is the main character that appears in the Guidepost to Tomorrow series. To see his true existence, go here.

August is first introduced in the city of Talia. He is late for class, which upsets his girlfriend and his teacher. However, after class is over, he is able to make things better with her. Soon, it is revealed that he is the world’s top scholar in the fields of Metaphysics and Dimensional Physics, yet he is always broke. This is something that troubles his girlfriend greatly. Later on, when it is time for exams, the story introduces Zions. After the Zions are defeated, the Four Pillars Arc begins.

More to be written...

August later appears in the series Pharos of the End.

- World's Foremost Physicist: August is an expert when it comes to the fields of Metaphysics and Dimensional Physics.

- Enhanced Speed: August is able to move and react in the attoseconds. In volume 2, he was shown to be able to traverse 150 septillion kilometers in 0.02 attoseconds.

- Quantize: August is able to disperse into quanta particles for instant point-to-point teleportation.

- Enhanced Presence: It is soon revealed that August can react before the metaphysical concepts of action, and change could become categories of potentiality or actuality. He appears at his destination without ever changing from his starting point. He is even able to react and fight against Acausal beings, with ability to affect the parameters outside of reality; outside of causality.

- True Immortality: He has transcausal networks set up around his outer existence that work permanently and independently from his conscious. These networks are clearly outside of the union of NOTHING and ALL POSSIBILITY, which encompasses Nonexistence and Existence. It does not matter if one exists outside of space, time, probabilities, or/and nothingnes, they cannot remove his existence. He may not be universally immune to everything, but he simply cannot conclude.

- Mirror of Atropos: The consciousness behind the reality of August, which is also behind every form of reality, fiction, nonexistence and existence ever mentioned or seen (and the infinite multiplicity amount never mentioned or seen or even conceived of yet…) cancels out infinite future phenomena that targets August by erasing its probability before its actuality and vice-versa. This is an automatic shield that acts independent of his will.

- Mental Phenomena Resistance: August can freed his mind in the gap between time and space, allowing him to negate the manipulation of his mental phenomena.

- Valhalla: Immense light energy comes storming from a darkened sky, piercing the material realm, striking in the same moment that it is fired, not even allowing the metaphysical concepts of action, time, and change to register its presence. In this moment, the target is engulfed in the light, being metaphysically annihilated on all levels of existence and nonexistence (ever mentioned or seen, and the infinite multiplicity amount never mentioned or seen or even conceived of yet).

- Armageddon: His target is encompassed by a light that was darker than black, consumed by a white Sephirot Tree. All automatic shields are negated. This light encompasses beings that are exists outside of causality, and the natural flow of time defined by cause and effect. Even if the being does not have a beginning or end, and is completely outside existence's influence, this light will encompass the target. Jalisha Flash exists outside of reality, simultaneously existing and not existing at once, and this light fully encompassed her. This light strips the target from the union of NOTHING and ALL POSSIBILITY…

Pharos of the End:

August exists in a state of reflections. Each is a reflection of each other. Everything that defines one, defines the other. There is no difference. August mirrored himself eight times in order to find out the truth hidden within the truth. There are eight of them, which reflect from each other, continuing in an eternity of eight. Because of this aspect, none of them can truly be destroyed or perfectly erased... unless they are all affected and erased at the same time... which is in itself an impossibility, considering all other aspects of each of their existences. 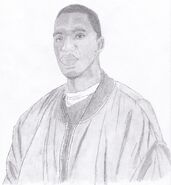 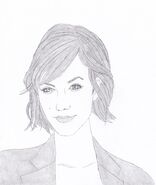 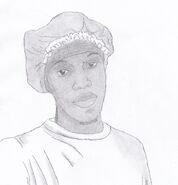 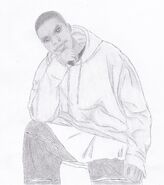 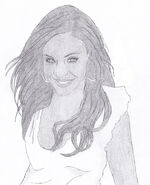