Start a Wiki
Truth is the name of the ensemble that represents the actuality of Absolute Certainty. They are above The Mainfold. Truth makes their first appeareance in the Pharos of the End series.

Truth is 6th Level out of the 7 Trials to Glory. Truth | Veritas are a level higher than the Ultra Vires.

Truth as a group appears in the seventh voIume of Pharos of the End.

With the opening of JOKER’s Gate, the materialization of the Grand Pieces, the coming of the unwritten Truths, and the twisting of The Allscape, Truth made its presence known. 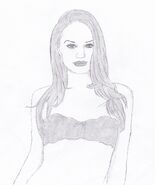 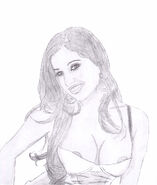 The Red Queen (The Red Truth) 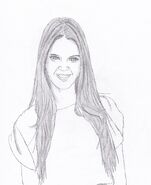 The White Sword (The White Truth) 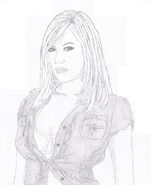 Each member is a necessary existence, and a necessary presence. Each member transcends names and terms -- and in essence is unknowable. Truth (individually and as a whole) stands as the concept of an "infinity" that transcends the transfinite numbers. Because there is nothing else to have ever created it... if it had ever 'not been,' even for a moment, THE ALL would not 'be' now. They are a necessary existence that was not finite, changeable, fleeting, or conditioned.

Although their appearance is brief, a few of them demonstrate some heavy feats:

The Black Truth: In The Black Truth's chapter, The Black Truth extended out her hand, erasing 0 and infinity. Through her will, creation disappeared entirely. All structures that exist mathematically and metaphysically never existed. And without even using her will, her presence forced its conception into actuality.

The Red Queen: Every form of existence and nonexistence ever mentioned or seen (and the absolute infinite multiplicity amount never mentioned, seen, or even conceived of yet…) is encompassed by The Red Queen. The Allscape is literally a fragment within her mind.

The White Truth: In her chapter, it was revealed that The White Truth is an Ultimate Presence – a Counter-Actor that stood next to all Truths.

Truth: Truth was described as the absolute necessary actuality, and the ultimate necessary presence. Truth transcends potentiality, actuality, possibility, and uncertainty -- and in essence is ultimately unknowable.

Retrieved from "https://suggsverse.fandom.com/wiki/Truth_(Ensemble)?oldid=10249"
Community content is available under CC-BY-SA unless otherwise noted.